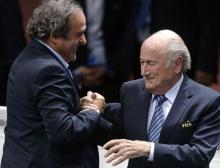 UEFA President Michel Platini has hailed the decision of Sepp Blatter to quit as FIFA President.

"It was a difficult decision, a brave decision and the right decision," Platini said in a statement posted on the website of UEFA on Tuesday.

Thirty years have passed since one of the most tragic stadium disasters in sporting history that ended with the death of 39 football fans, the youngest aged just 11 years: 32 from Italy, foru from Belgium, two from France and one from Northern Ireland. 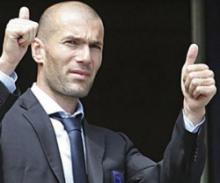 French football legend Zinedine Zidane will also attend the final of the UEFA European Under-17 Championship, which will take place in the Bulgarian city of Burgas on Friday.

This was officially confirmed by the director of the tournament Pavel Kolev, who clarified that Zidane will be visiting Bulgaria not in his capacity as an official, but as a father.

The President of UEFA Michel Platini will attend the final match and the award ceremony of the European Under-17 Championship, which are taking place in the Bulgarian city of Burgas on Friday.

The final, which will pit against each other the teams of France and Germany, will take place at the Lazur stadium in Burgas at 20:00 local time

The world football elite is expected to gather in Sofia on June 12 for the regular congress of FIFPro, the worldwide representative organisation for all professional football players.

Bulgarian football legend Hristo Stoichkov had been invited to attend the congress as VIP guest and confirmed his participation at the grand opening ceremony, which will be held at the Hilton hotel.

Cristiano Ronaldo headed his 300th goal for Real Madrid in a laboured 2-0 La Liga victory at neighbours Rayo Vallecano on Wednesday that kept the gap on leaders Barcelona down to four points.

Netherlands coach Guus Hiddink sought to put to rest the debate of his continued tenure in charge of the team as he savoured a 2-0 win over Spain in a friendly international on April 1.

Bulgarian football legend Hristo Stoichkov fulfilled his promise and donated the museum of CSKA Sofia with replicas of his two most precious individual awards - Ballon d'Or and the Golden Shoe.

Stoichkov was awarded the European Golden Shoe for the 1989-1990 season, when he scored 38 goals with his then team CSKA Sofia.

David Beckham visited his buddy James Corden at the "The Late, Late Show" and went topless, giving female viewers a treat. The preview to promote the show is an indication of what viewers will get!

UEFA president Michel Platini on March 24 warned of a return to the "dark days" of hooliganism in Europe fired by a rise in nationalism and extremism.