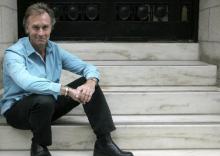 British writer Nicholas Evans, who authored the international best-selling novel "The Horse Whisperer," has died at the age of 72, his literary agent announced on Monday.

A screenwriter and journalist as well as a novelist, Evans died on Tuesday last week following a heart attack. His death was only made public on Aug. 15. 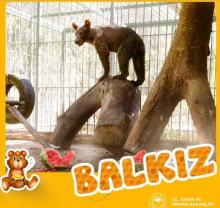 A bear, who sensationalized social media for a video showing her passing out from eating too much mad honey, has been named "Balkız," (Honey Girl) by the Agriculture and Forestry Ministry and released to nature.

"The name of our teddy bear is 'Balkız.' Let her live by the name," the ministry tweeted on Aug. 13. 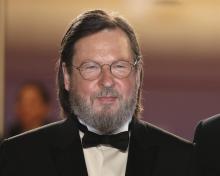 Danish filmmaker Lars von Trier, known for films like "Melancholia" and "Dancer in the Dark," has been diagnosed with Parkinson's disease, his production company Zentropa said on Aug. 8.

No, it’s not a Hollywood movie; it’s real!

Anonymous accounts advertising transfers of people from Albania to the United Kingdom have spiked on TikTok using the route called English Channel, which smugglers are believed to use, according to media reports.

Local projections estimate the film to earn over $640 million before exiting the Chinese market, making it the country’s sixth-largest film of all time