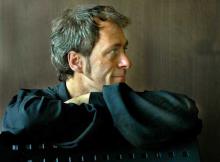 Hubert Sauper and Alexandru Solomon are but a couple of the filmmakers heading to this year's Thessaloniki Documentary Festival (TDF), according to organizers as they unveiled the lineup of tributes to be screened at the annual international festival in the northern port city, this year from March 13 to 22.

BELGRADE - The award of the International Federation of Film Critics Fipresci Serbia for the best movie made in Serbia in 2014 went to Top je bio vreo (The Cannon Was Hot) produced by Tihomir Stanic.

British actress Felicity Jones, who was nominated for the Best Actress Oscar for her role in "The Theory of Everything," will come to Istanbul. She will star in Ron Howard's adaptation of Dan Brown's latest novel "Inferno" as Sienna Brooks. The film will be shot in Florence and Istanbul. 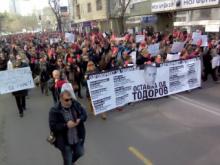 About a thousand people staged a protest at noon on Tuesday in Skopje demanding the resignation of the Minister of Health, Nikola Todorov, over the death of nine-year-old Tamara Dimovska.

The U.S. CNBC network asked people to vote on the Oscar song that best represents the Greek economic drama in the framework of the 87th Academy Awards. The options given were:
- Everything is Awesome (from "The Lego Movie")

- Grateful (from "Beyond the Lights")

Karakutu (Black Box) is a recent initiative hoping to foster alternative narratives, offer ways of remembering and introduce different perspectives about the past to society, especially to young people.

Dark showbiz satire "Birdman," and coming-of-age tale "Boyhood," took the top honors at the Independent Spirit Awards on Feb. 21, a day before Hollywood's biggest night when both will face off in the top Oscars categories.

BELGRADE- Serbian film critic Nenad Dukic has been elected president of the Federation of Film Critics of Europe and the Mediterranean (FEDEORA), Digimedia PR Aleksandar Pavlic said on Friday.

The London-based FEDEORA was established four years ago, and brings together over 70 film critics from European and Mediterranean countries. 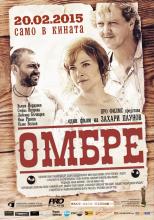 Ombre is a Balkan western, or actually an ''eastern'' as the cast and crew often refer to it.

Based on the novel by Emil Tonev, the plot revolves around a modern-day interpretation of legendary productions like Once Upon a Time in the West (1968).

''The story will always be interesting, combining the western and the ''eastern'' so to say,'' said actor Valeri Yordanov.