Four police officers, two lawyers and an insurance adjuster are among 13 people arrested on Friday in connection with an insurance scam which cost at least 27 companies an estimated 1.3 million euros.

Banks will no longer charge fees for the utilization and management of consumer loans, after Bulgarian lawmakers adopted on second reading amendments to the Consumer Credit Act.

The arrests took place near Montreal and Toronto. Four other suspects are still on the loose. 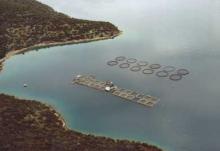 Dias Aquaculture decided on Thursday to file for bankruptcy and protection from its creditors following Wednesdays rejection of its application to enter into the conciliation procedure under Chapter 99 of the Bankruptcy Law.

The international markets have learned to show their trust through the way they invest their money. When they have confidence in the abilities and prospects of a certain country, they invest in it. When they smell risk, however, they tend to run away.

Trial bond issue will likely come after the European elections, while needs are covered up to May 2015

Romanian Prime Minister Victor Ponta has said his centre-left government will not revoke a controversial fuel tax coming into force on April 1, but promised compensatory measures.

“The measure will help ‘fair' transporters, without a history of tax evasion, who will be able to recover most of the costs [of the new tax],” Ponta said, without offering further details.

According to the 2014 budget, the Greek state achieved a 2.06-billion-euro primary surplus in the first couple of months, which is over 1 billion euros higher than the set target of 1.04 billion, despite a 580-million-euro revenues shortfall.

Alpha Bank has enough demand for all its stock as the Greek lender joined Piraeus Bank in selling 3 billion euros in shares to bolster capital, two people with knowledge of the matter said.