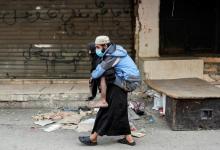 More than two dozen shelters hosting asylum seekers on the Greek mainland will come under the administrative control of the Migration and Asylum Ministry as part of the effort to improve the operation of these facilities, many of which are currently operating under the authority of international organizations or nongovernmental organizations (NGOs).

The Serbian government ordered on Monday that migrants and asylum-seekers living in state-run reception centres are not allowed to go out without special permission.

Ali Cengiz Kalkan, the provincial health director of Northwestern Edirne province, told Anadolu Agency that the asylum seekers applied to the ECHR through their lawyers.

The Turkish Coast Guard has rescued 34 asylum seekers off the Aegean coast, state-run Anadolu Agency reported.
The coast guard rescued the group of people, who were in rubber boats which had been driven to Turkish territorial waters by the Greek Coast Guard, the agency cited anonymous security sources as saying.

EU-backed repatriations program aim to ease pressure on islands Migration Policy Minister Notis Mitarakis and European Commissioner for Home Affairs Ylva Johansson on Thursday jointly announced the establishment of a European Union-backed program for the repatriation of 5,000 migrants from Greece to their home countries.

The Greek government has been holding migrants incommunicado at a secret extrajudicial before illegally expelling them back to Turkey without due process, as part of several hard-line measures to seal its border, contravening international law.

Cyprus is more than doubling the number of officials vetting asylum applications, shortening application deadlines and fast-tracking deportations as part of a new string of measures aimed at tackling a spike in migrant arrivals, the country's interior minister said Tuesday.