The official reserves of the Turkish Central Bank reached $86.3 billion as of the end of April, the bank announced on May 28.

The April figure showed that total reserve assets slipped 6.3% from the previous month. 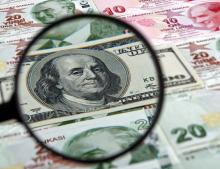