The most serious candidate is the head of Slovak diplomacy Miroslav Lajcak.
This is written by today's "Vecernje Novosti", which state that the EU's goal is to first and foremost mitigate US influence in the region.

The Summit of the Visegrad Group (V4) has started in the Lany Chateau in Prague, with the participation of Serbian President Aleksandar Vucic who is there at the invitation of Czech President Milos Zeman.

The foreign ministers of eight central European and Balkan EU countries are holding talks in Greece in which prospective bloc members from the Balkans are also represented.

Friday's meetings in a resort south of Athens bring together ministers from the so-called Visegrad Group — Poland, the Czech Republic, Slovakia and Hungary — and Greece, Bulgaria, Romania and Croatia.

Hungary aims to coordinate more closely on refugee policy with Austria and Italy after elections there boosted anti-migrant parties, broadening an alliance of EU states focused on internal security.

BUDAPEST - The EU enlargement policy "will not go into retirement", Serbian European Integration Minister Jadranka Joksimovic said Monday, noting that the Visegrad Group countries had shown they understood the enlargement process was "one of the vital and significant policies of the EU." 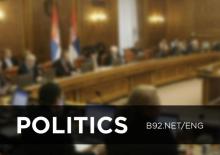 She will take part in the meeting of foreign ministers of the Visegrad Group (V4) and representatives of the governments of Bulgaria, Romania, Greece, Slovenia and Croatia.

Deputy Prime Minister for Justice Reform and Foreign Minister Ekaterina Zaharieva will take part in a meeting of foreign ministers from the Visegrad Group and the countries of the Western Balkans, reported BGNES.