Attica is not the only Greek region where drivers frequently get less gasoline at the pump than the amounts they pay for.

A December survey by the National Technical University of Athens conducted in Thessaloniki, Patra and Volos showed that one in nine gas stations (11 percent) pumped up to 10 percent less fuel into their customers' vehicles than what they paid for.

According to a study conducted by the Athens Polytechnic, petrol stations in Attica short change consumers to the tune of 14.5%.

More than one in seven gas stations in Greece, or 15 percent, deliver less fuel to their customers for their money, according to a university study, while another report showed that hikes in the special consumption tax on fuel will likely mean that the revenue target will not be met next year.

Turkey has developed a number of plans to diversify its energy resources over the last decade. These plans have accelerated since the jet crisis erupted with Russia, Turkey's largest energy provider, last November. However, the overemphasis on coal resources in these plans has triggered key environmental questions and other concerns, mainly about labor safety in the mining sector.

Saudi Arabia said on Dec. 28 it was raising petrol prices by more than 50 percent for some products from Dec. 29 as it cuts a range of subsidies after posting a record budget deficit at $95 billion.

Prices will also increase for electricity, water, diesel and kerosene under the cuts decided by the council of ministers headed by King Salman, the official SPA news agency reported. 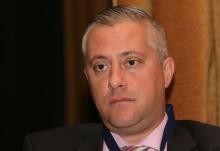 Bulgaria's Economy Minister Bozhidar Lukarski assured that the inspections on the quality of the fuels at petrol stations will continue.

In an interview for the Bulgarian National Television (BNT) on Tuesday, Lukarski stated that the fuel, which is sold at petrol stations has a higher quality.

Aksa Enerji has opened a 270-MW power plant that will produce electricity using local coal resources for $390 million in the Göynük district of the Black Sea province of Bolu.

Turkey's first power plant investment with the coal royalty will produce 2 billion kilowatt/hour (kWh) energy every year, the company stated in a press release on Aug. 14.

Two sewer workers have died after purportedly inhaling methane gas while on duty cleaning a sewer in Ku?adas?, a resort town in the Aegean province of Ayd?n.

Ida National Park, a national park bordering the northwestern province of Çanakkale and the western province of Bal?kesir, faces a major threat of being clouded with coal ash, as a coal power plant is planned to be built near the popular parkland. 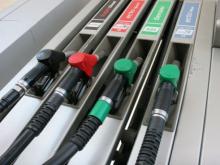 10 000 liters of diesel fuel have been withdrawn from the market following inspections by a regional unit of Bulgaria's State Agency for Metrological and Technical Surveillance at filling stations on the territory of the Silistra municipality.

The inspections were conducted in the period June 22-25, according to a media statement of the Agency.