The ministry has announced that it will impose all the measures within its competencies and expects a prompt and determined reaction on the part of the Public Prosecutor's Office.

Equality between women and men in Bulgaria has sharply decreased since 2006 - this was shown by the annual report of the World Economic Forum. 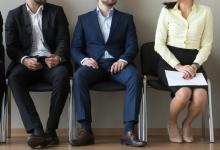 Women may have to wait more than two centuries for equality at work, according to a report on Dec. 17 showing gender inequality growing in workplaces worldwide despite increasing demands for equal treatment.

Women in the European Union still earn on average 16% less than men, a slight improvement from last year's 16.2%. This year the European Equal Pay Day falls on 4 November. It marks the day when women symbolically stop getting paid compared to their male colleagues for the same job.

Scoring just 51.2 points out of 100 against a European Union average of 67.4 points and coming last among the EU-28, Greece is still a long way from bridging the gender equality gap, a report published on Tuesday has found.

From: "That brunette had a great question" to: "Wouldn't it be better for to find a job from 9 to 5 - so you know when you're coming home and can plan your time, like everybody 'normal'?" to: "Make a career? Nonsense! Get a hold of yourself, look after your children and your man!", this is the range of observations that many women journalists hear in North Macedonia.

As a result, I was condemned by the community and subjected to a torrent of insults and name-calling because I was a woman violating the customary rules.

I was threatened with guns and rape, which I duly reported to the police, who duly failed to react. Those were the years of war heroes and brave men, and women were important only because they bore sons who would go into war.

The majority of Greeks (72 percent) believe that the shortage of women in the country's political sphere is harmful to democracy, yet 89 percent of women have never considered running for office, a study by the Research Center for Gender Equality (KETHI), an independent body, has found.

Although gender inequality in Turkish academia has been in a steady decline in the last 34 years, the gap at the highest ranks of universities is still extremely wide, a recent report has revealed.