The truck traffic is heavy at the exit checkpoints on the Bulgarian border with Romania (Vidin BCP) and Turkey (Lesovo BCP), Border Police reports.

After new restrictive measure for mandatory Coronavirus tests was introduced kilometer-long lines of trucks have formed at the Kulata-Promahon border crossing since yesterday afternoon. 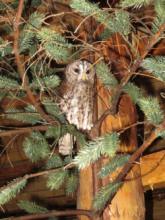 From June 15, 2020, Vitosha Nature Park resumes visits to the Owl Museum and the Bear Museum in the Park.

The bear museum was built on the site of a half-destroyed canton.It is located only 2 km from the Arboretum area on the road to the Golden Bridges.

A 41-year-old man was admitted to the intensive care unit of the Burgas Regional Hospital with a confirmed Covid-19 sample. He arrived from Sofia on vacation at a campsite near Sozopol. At the moment his condition is stable, specified Georgi Pazderov from RHI:

20 workers from two companies in Stara Zagora have tested positive for coronavirus, it became clear at a briefing of the Regional Anti-Epidemic Headquarters. Some of the people are from Nova Zagora. 11 are the cases on the territory of Stara Zagora region. 4 of the patients are in hospital, 3 have mild symptoms and are treated at home, four more are asymptomatic but with positive PCR tests. 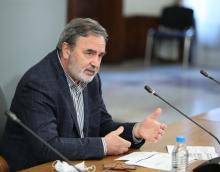 Due to the complicated situation in Dospat, Sarnitsa and Sliven, it is necessary to prolong the emergency epidemic situation in the country. This was announced in Plovdiv by the Chief State Health Inspector Angel Kunchev, quoted by BNT.

A total of 48 workers from a workshop in the town of Dospat in southern Bulgaria have tested positive for coronavirus infection, according to updated data from the Regional Health Inspectorate.

For the first time in more than 140-year long history of the celebrations of Botev, the events in Vratsa and the vicinity have been cancelled over the coronavirus. 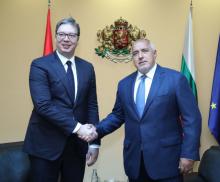 Prime Minister Boyko Borsov and Serbian President Alexander Vucic inspected the construction of Balkan Stream by helicopter. The project is a priority for the Bulgarian government.