Two people were killed and over 20 others were injured in a mass shooting in Miami early Sunday, police said.

Three people got out of an SUV and "began shooting indiscriminately into the crowd" of people who were standing outside a "scheduled event" at an establishment on 186th Street, in the Hialeah area west of Miami Gardens, Miami-Dade police said in a statement.

Police now stand guard around a replacement banana artwork valued at tens of thousands of dollars after the original was eaten off the wall at an art gallery in Miami, Florida, reported local media.

Croats often envy students studying in seaside cities - but for many of them summer is an annual nightmare, when their landlords eject them - in the middle of exams - for high-paying tourists. 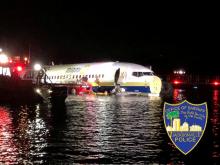 A Boeing jetliner with 143 people aboard from the U.S. outpost at Guantanamo Bay, Cuba, slid off a runway into a shallow river in Jacksonville, Florida, on May 3 while attempting to land at a military base there during a thunderstorm, injuring 21 people.

AFP - Several people have been killed in a mass shooting at a video game tournament in the northern Florida city of Jacksonville, local police said Sunday, adding that one suspect was dead.

"Multiple fatalities at the scene, many transported," the Jacksonville Sheriff's Office tweeted, adding that it was unclear whether there was a second possible gunman. 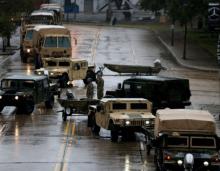 An emergency situation has been declared along the Gulf of Mexico in the United States because of Hurricane Nate, who has reached the Mississippi River Delta and southern Louisiana, the BNR said.

Evacuees from Hurricane Irma were returning on Sept. 13 to the Florida Keys, where sunrise will give them a first glimpse of devastation that has left countless homes and businesses in ruins.

Categorized as one of the most powerful Atlantic storms on record, Irma claimed more than 60 lives, officials said.

A restaurant on the seaside walk in Varna was burned that night, the police said in the seaside town. Reports Btv.

There were no injured people in the incident. The alert was sent to 112 at 2:20. Four fire trucks have been sent to the site, which controlled the fire and have been able to suppress it.

Two police officers were shot and one was killed in Kissimmee, Florida late Friday night. Kissimmee is near Orlando, Fox News reported.

The Kissimmee police chief said the other officer was in very, very grave condition. Orange County mayor Teresa Jacobs had earlier tweeted that both officers had died.