The goal was to intimidating Serbs in Kosovo and provoke Serbia, the president said on Friday.

Dacic said on Thursday that he, too, is warning the citizens of Serbia not to travel to the UK because of great political instability in that country, that is currently experiencing "major political chaos." 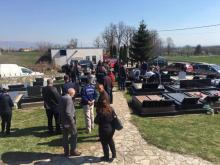 The bodies of 34 victims from Ljubenic were later found in a mass grave in Batajnica, near the Serbian capital Belgrade, and several others at a Serbian police compound in Petrovo Selo, while the rest were found in unmarked graves in Kosovo.

When the UN-led mission, UNMIK, took over the rebuilding of Kosovo's institutions under UN Security Council Resolution 1244 in June 1999, it identified a key goal in the area of education: to lay the foundations of an inclusive and integrated system. Easier said than done. 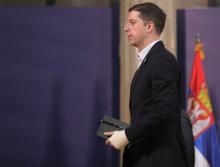 Djuric is the director of the Office for Kosovo and Metohija.

Radio Kontakt Plus is reporting this on Tuesday, adding that the man was detained around 19:40 hours CET on Monday, in the municipality of Ranilug.

"Regular court procedure has been launched against the suspect," the Kosovo police said in a press release sent to the radio station 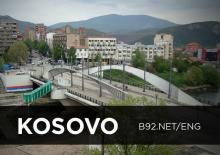 This is the assessment of Igor Simic, vice-president of the Serb List, who commented on the intention of the Pristina authorities to integrate the Kosovska Mitrovica-based Pristina University into the Kosovo system, by passing a law on higher education.

This has been announced by the state secretary in the Ministry of Economy, Branimir Stojanovic, who spoke for RTS on the occasion of the recent, for the first time organized placement of products from Kosovo and Metohija in central Serbia.

Ivanovic was a Serb politician from northern Kosovo who was gunned down in the street in northern Kosovska Mitrovica in January 2018.

"Haradinaj is lying about that there are 40. Let them show them. I once again urge Serbs not to join that army. The only thing that army can serve for is to kill Serbs. I call on them to leave that army," said the president of Serbia.