SID - Efforts to build flood barriers have been stepped up in the villages of the municipality of Sid - where the River Sava enters Serbia - with the river now overflowing after barriers in Croatia caved in. 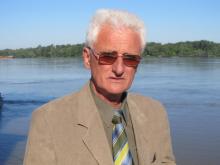 The level of the Bulgarian stretch of the Danube river continues to rise and   flooded a fishing village near Ruse.

According to the Agency for Exploration and Maintenance of the Danube, the level at Ruse rose by half a meter overnight and passed the 7-meter mark.

Serbia and Bosnia and Herzegovina have reported a death toll of at least 20 in the worst floods in the region in more than a century.

Serbia's Interior Ministry confirmed there had been at least 15 deaths in Serbia and another five in neighboring Bosnia-Herzegovina but unconfirmed reports put the numbers even higher, at over 30. 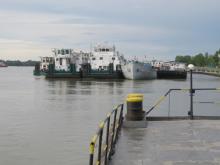 The level of the Bulgarian stretch of the Danube river continues to rise, reports the Agency for Exploration and Maintenance of the Danube.

According to it, the river levels have already reached six meters in Ruse and is expected to continue to rise, due to the high waters coming from Serbia.

SABAC - The Sabac headquarters for emergencies has proposed that the road between Sabac and Sremska Mitrovica be closed because the Sava water level near that industrial city in western Serbia has risen by 80 percent in one day.

Preparations for protecting the city from the flood are under way, because the Sava is expected to reach a historic high in the next 48 hours.

SREMSKI KARLOVCI - The modernisation of the railway line from Stara Pazova to Novi Sad in Serbia's Vojvodina province is scheduled to start at the beginning of next year, utilising around EUR 300 million worth of funds from a Russian loan, Serbian Railways Director Dragoljub Simonovic announced on Friday.

BELGRADE - This year's winners of the Green Planet great charter are Mihajlo Stankovic, researcher at the Special Natural Reserve Zasavica, and Pcelica (Little Bee) kindergarten in the village of Setonje, Serbia’s association of environmental sciences experts, which is giving the award on the occasion of Earth Day, said in a release on Monday.

SREMSKA KAMENICA - Leader of the Socialist Party of Serbia (SPS) Ivica Dacic expects that over the weekend he will meet leader of the Serbian Progressive Party (SNS) Aleksandar Vucic to discuss in detail a government program and candidates for ministerial posts.

BELGRADE - The magazine fDi Intelligence has included 5 Serbian cities in its list of top 10 European cities and regions of the future, and it also presented officials of those cities with awards in Cannes, France.

The awards were given out to Zajecar, Zrenjanin, Sremska Mitrovica, Ruma and Vranje. They were picked out of a pool of 468 cities in Europe.

BELGRADE - Minister of Transport Aleksandar Antic said on Friday that Serbia does not have a single facility for disposing of ship-generated waste, so a total of nine facilities should be built along the Danube, Sava, Tisa rivers.