Bulgarians are losing count of the scandals. There's a Watergate-style wiretapping scandal. There's an agricultural tycoon accusing the government of former Prime Minister Boyko Borissov of extortion. And there's a state-owned bank providing hundreds of millions of euros to a small batch of favored companies. 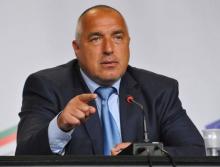 GERB leader Boyko Borisov and former PM was sentenced to pay BGN 10,000 to Maya Manolova former candidate for mayor of Sofia in a defamation case, by ruling of Sofia District Court.

The European Commission has confirmed that it received a letter sent earlier this week from Bulgarian MEPs from GERB-UDF / EPP, commenting on the actions of the caretaker government. 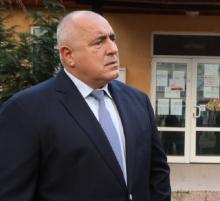 Bulgarian MEPs from former prime minister Boyko Borissov's GERB party sent a letter addressed to all groups in the European Parliament, criticising the actions of the caretaker government, claiming it was "nominated by pro-Kremlin President Rumen Radev."

All documents related to politicians' wiretapping, if any such documents exist, must be declassified, GERB insists.
Toma Bikov of the until recently ruling party told a news briefing here on Saturday that the and those to blame must be held accountable if anything against the law had been done, and referred to competent authorities.

In an interview on Friday morning, he added that caretaker Prime Minister Stephan Yanev has also been tracked by the security agencies over the same period. Rashkov, a lawyer, warned that he believed evidence about the wiretapping is being destroyed.

The caretaker cabinet was appointed after the failure by several political parties - outgoing ruling party GERB, There's Such a Nation and the Bulgarian Socialist Party - to muster a coalition after the inconclusive results of elections on April 4.