Political veteran Sali Berisha will bid to take back control of the opposition Democrats on Saturday, but in doing so he risks splitting the party in two.

Few people in the US or abroad took notice of President Joe Biden's memorandum to combat corruption globally -until the Administration began to declare former world leaders personae non grata.

In Albania, the US had repeatedly criticized Prime Minister Edi Rama's Socialist government of corruption, calling it "pervasive in all branches of government," especially in the judiciary.

Albanian Prime Minister Edi Rama months is getting tough with illegal builds. Earlier this year he announced an operation codenamed "Our Coastline", aiming to remove all such illegal constructions damaging the coastline, and punish those responsible. 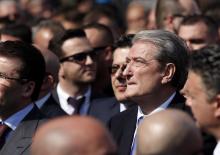 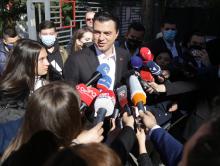 After boycotting Albania's parliament for around two years, one of the first initiatives of the opposition when it returned in September, after losing the April 25 elections, was vetting politicians.

Opposition Democratic Party leader Lulzim Basha has called for the same vetting procedure to be applied to politicians as to justice officials.

Those charged included Albania's defence minister from 2005 to 2008, Fatmir Mediu, other senior defence ministry officials and members of the army's top brass.

Initially filed with the Supreme Court, the case, apart from Mediu's, was then separated and sent to the Tirana District Court.

The former leader of Albania's main opposition Democratic Party, Sali Berisha, on Tuesday told supporters in the central town of Kavaja that he intends a return to the helm of the party he left in 2013, in a direct challenge to the current leader, Lulzim Basha.