The US confirmed that it carried out a strike that killed Iranian Revolutionary Guards' Quds Force commander Qasem Soleimani in the Iraqi capital Baghdad.

The United States killed Iranian Major-General Qassem Soleimani, head of the elite Quds Force and spearhead of Iran's spreading military influence in the Middle East, in an airstrike at Baghdad airport, the Pentagon and Iran said.

Iranian President Hassan Rouhani said on Dec. 17, American sanctions against the Islamic Republic will not last for long.

Speaking at a press conference before flying to Malaysia, Rouhani said world countries are seeking to establish friendly relations with Iran. 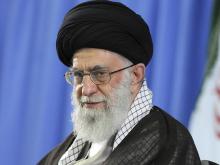 One person was killed in the Iranian city of Sirjan during protests that erupted after President Hassan Rouhani's government imposed gasoline rationing and price hikes of at least 50 percent, Iranian ISNA news agency reported on Nov. 16.

Four years after the abduction and more than three years after the Turkish court's final ruling, following an agreement between Minister Ivica Dacic and Iranian Foreign Minister Mohammad Zarif, the children were allowed to return to their mother Slavica Burmazovic, who would welcome them at 10:40 p.m. at Nikola Tesla airport.

The United States offered to remove all sanctions on Iran in exchange for talks, Iranian President Hassan Rouhani said on Sept. 27 upon returning to Tehran from the United Nations General Assembly in New York, according to his official website.

Iran's foreign minister on Sept. 20 questioned U.S. plans for a coalition for a "peaceful resolution" in the Middle East while listing repeated Iranian diplomatic initiatives.

The presidents of Turkey, Russia and Iran gathered in Ankara yesterday to discuss the future of Syria. The Erdogan-Putin-Rouhani meeting is being held for the fifth time and aims to discuss peacekeeping measures in the Middle East. The leaders also held bilateral meetings to discuss their future economic cooperation. 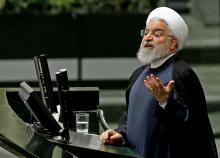 President Hassan Rouhani on Sept. 3 ruled out holding any bilateral talks with the United States and threatened to further cut Iran's commitments to a nuclear deal within days.