The leader of a Turkish opposition party, Devlet Bahceli, on Wednesday warned Athens that it is "playing with fire" after Greek Prime Minister Alexis Tsipras warned that Ankara's relations with the European Union will be severely disrupted if it "violates international law [and] the sovereign rights of Greece and Cyprus." 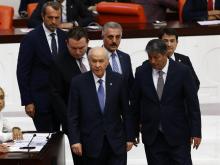 Nationalist Movement Party (MHP) leader said on June 26 that purchasing the Russian S-400 air defense systems is not only a matter of national security. 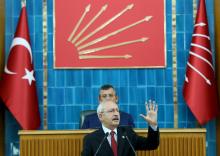 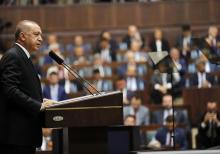 The re-election in Istanbul is finalized.

Imamoglu, from the Republican People's Party, CHP, received 54 per cent of total votes cast and finished the race nearly 800,000 votes ahead of his rival according to semi-official results.

Ekrem Imamoglu had won the first mayoral vote in March by a slim margin of 13,000 votes over Erdogan's chosen candidate, Binali Yildirim, who contested the results and a new election was ordered.
After being stripped of that victory over disputed claims of fraud, Imamoglu vowed a "battle for democracy" that turned him into a household name. 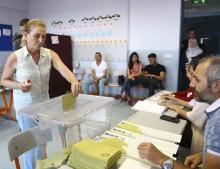 Polling started on June 23 for Turkey's re-run local elections to elect a new mayor for Istanbul.