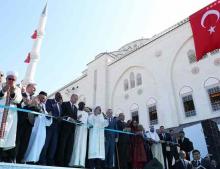 Attacking innocent worshippers is terror and murder, not jihad, President Recep Tayyip Erdoğan said on May 3 at the opening ceremony of Turkey's largest mosque.

Speaking at the end of a Greece-Turkey meeting in March 2013, Turkish President Recep Tayyip Erdogan uttered the phrase "kazan-kazan" (Turkish for win-win), a term used to describe a situation in which each party benefits in some way. Erdogan was once again referring to the prospect of co-exploiting the hydrocarbon reserves in areas within Ankara's sphere of interest. 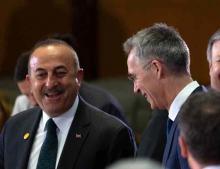 The head of NATO will pay a visit to Turkey on May 6, according to the Turkish presidency.

President Recep Tayyip Erdoğan has reiterated that his suggestion to form what he called the Alliance of Turkey is not an alternative to the ongoing alliance between the ruling Justice and Development Party (AKP) and the Nationalist Movement Party (MHP), dubbed the People's Alliance. 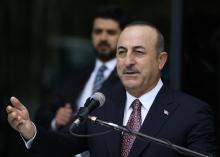 Turkey and the United States are getting closer to an agreement on the details of a planned safe zone in northeast Syria along the Turkish border, Foreign Minister Mevlüt Çavuşoğlu said on May 2.

Turkish President Recep Tayyip Erdoğan on May 1 met with a group of major national business leaders in the capital Ankara.

The "dubious" elections for Istanbul Metropolitan Municipality necessitates a re-vote, and Nationalist Movement Party (MHP) is sticking by this, the party leader Devlet Bahçeli said in a written statement on May 1. 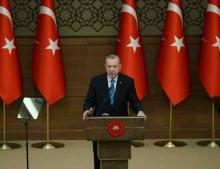 President Tayyip Erdogan said on Tuesday that an F-35 fighter jet project would collapse if Turkey did not participate, and that it would be an injustice to exclude Ankara over its plan to buy the Russian S-400 air defense system. 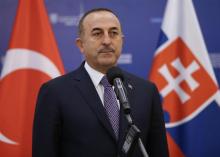 The EU should decide whether it wants to see Turkey in the union or not, Foreign Minister Mevlüt Çavuşoğlu said on April 30.