As Dacic told reporters at the Foreign Ministry on Thursday, "this is nothing new, but something that has been happening for a number of decades and centuries - the desire to establish a Greater Albania." 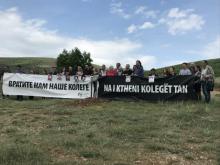 The OSCE mission in Kosovo said it wants renewed efforts to uncover the truth behind the kidnappings, murders and disappearances of Serb and ethnic Albanian journalists connected to the 1999 war. 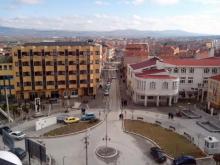 As some Serbian and Kosovo politicians mull swapping territories between the two countries, members of the the ethnic Albanian minority in southern Serbia say they would rather see both countries inside the EU. 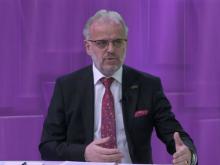 The speaker of Macedonian parliament, Talat Xhaferi, has told BIRN's TV show Jeta ne Kosove'that if President Gjorge Ivanov again refuses to sign the new language law, after parliament voted for it for a second time, he will breach his constitutional rights. 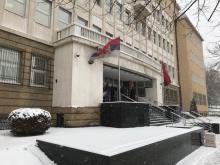 A witness told a Belgrade court how Serbian forces rounded up all the ethnic Albanian men in the Kosovo village of Cuska in May 1999, then looted and torched their houses.

BELGRADE - Serbian FM Ivica Dacic on Monday condemned a statement by Albanian PM Edi Rama about unity of Albania and Kosovo, noting that the EU and Western states were "sticking their heads in the sand" in the face of a Greater Albania policy.

Dacic said it was the biggest threat to peace and stability in the region.

Vucic told a talk show on Happy TV late on Monday that he and Gabriel have different opinions - but that their recent conversation in Belgrade was frank, and that he at one point told the German official, "And what am I supposed to be telling the Serbs now, Sigmar."

According to Vulin, the idea of all Albanians living in one state and having one president is "proof of Greater Albania" - and it must be stopped.

Kosovo has celebrated a decade since declaring independence, a moment of pride for its ethnic Albanian majority, although sovereignty remains fiercely contested by Serbia.

Speaking at a round table dedicated to Serbia's "internal dialogue on Kosovo," Vulin said that his country should not allow "Greater Albania" to be created on its borders, and let others draw those borders.