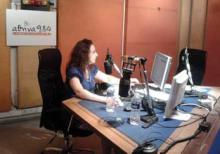 It may be located in the Technopolis cultural complex, at the heart of Athens's trendy Gazi neighborhood, but there is a pregnant silence in the dimly lit basement studio of Athena 9.84 radio station. Then at 4 p.m. this small underground space fills with melodies, words and flavors from around the world.

A 33-year-old Greek man and an Albanian aged 40 were to face a prosecutor on Thursday following their arrest in Argos, in the Peloponnese, in connection with 25 ancient artifacts that are alleged to have been acquired illegally.

The Greek was caught red-handed on Wednesday by an undercover police officer posing as a potential buyer and the Albanian national was caught later.

Chinas Premier Li Keqiang and President Xi Jinping are to visit Greece in the coming weeks in what Greek government officials are hoping will mark the beginning of a boost in bilateral trade ties with a series of investments expected to be signed. 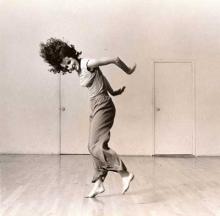 From music to theater and dance, the Greek Festival celebrates its 56th anniversary this summer. Founded in 1955 as the Athens Festival, its bar was set high right from the start, with Dimitris Mitropoulos leading the New York Philharmonic in one of the event’s curtain-raising performances. It has since hosted living legends including Maria Callas, Rudolf Nureyev and Margot Fonteyn.

Greeks have returned to the top spot in the global chart of merchant fleet capacity, according to data from Clarksons, the worlds leading provider of integrated shipping services. 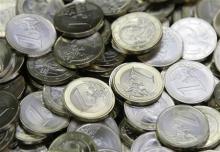 Greece signed a Memorandum of Understanding with the European Investment Bank Group (EIB) on Tuesday regarding the latters contribution to the soon-to-be established Institution for Growth in Greece, IFG.

There are between 1.9 and 2.4 million Greeks, or roughly 20 percent of the total population, without social insurance, Health Minister Adonis Georgiadis said on Wednesday as he announced plans to provide these people with free medicines.

Germany is footing much of the bill for Greece's 237 billion euro bailout but Athens-trained dentist Aristomenis Syngelakis feels no gratitude; Berlin owes his country billions in reparations for Nazi crimes during World War Two, he says. 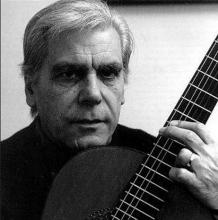 Lakis Pappas, one of the leading singers of Greeces so-called New Wave, died on Wednesday at the age of 76.

Pappas worked with composer Manos Hatzidakis in the early 1960s and gradually became drawn to the New Wave style, which emerged in the mid-1960s and combined Greek music with French chansons.