Brussels – Two members of the European Parliament from the Greens-European Free Alliance group will be in Slovenia next week for a fact-finding mission ahead of Slovenia’s presidency of the Council of the EU.

Ljubljana – Former Environment Minister Jure Leben is returning to politics to launch the Party of Green Action (Z.DEJ), whose founding congress will be held online on Saturday. In conceiving the manifesto, the main question was how to find a balance between industrial development and environment protection, he told the newspaper Delo.

Noted names of the Romanian politics are opening the lists of candidates for the Senate and the Chamber of Deputies of the Bucharest electoral constituency. Some have done politics and are returning to this year's elections, others are members of the current Parliament and want a new term as a senator or deputy.

On January 16, 1990, the Ecologist Party of Romania (PER) was founded, under the leadership of Adrian Manolache, according to "Romania: data and facts. 1989-2009,'' published by AGERPRES in 2010. On April 20, 1990, a convention of the party's National Conference elected Otto Ernest Weber as chairman, after Adrian Manolache resigned office.

But while Greens in countries such as Germany, France and Britain have a 40-year head start in learning from mistakes and engaging with the public, environmentalists in former communist nations find the odds stacked against them.

The party of the punk singer Svetlyo Vitkov - Glas Naroden (Vox Populi) and the Green Party decided to participate in the upcoming elections for President and Vice President of Bulgaria on November 6 with a common nomination for the two positions, announced the two parties.

BELGRADE - The Greens of Serbia urged Serbian MPs on Wednesday to follow in the footsteps of their colleagues in the European Parliament (EP) who voted to allow EU Member States to introduce bans on GMO cultivation in their territory. 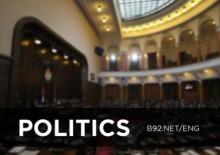 Not only that, but Serbia has more parties than India, a country whose population is about 170 times larger.