Turkey has taken additional security measures on its border with Iran following developments in Afghanistan that could possibly create a fresh influx of migrants. 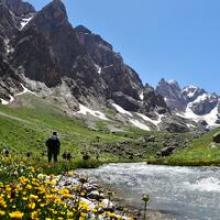 Turkey's elderly population has risen by 22.5 percent over the past five years, according to statistics released by the Turkish Statistical Institute (TÜİK) on March 18.

The body of another soldier trapped by the avalanche in southeastern Turkey was recovered on Dec. 28, raising the death toll from the incident to two.

The avalanche hit the site on Sunday while soldiers were working to clear snow off a road near a military base in the Şemdinli district of Hakkari province. 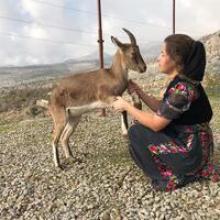 A heartwarming friendship between a local girl and her goat that she found abandoned on a mountain hill in Turkey's province of Hakkari is melting the hearts of people. (AA Photo)

A ski center in Turkey's southeastern province of Hakkari has become a hot attraction for thousands of people across the country.

Thanks to the investment support from the Eastern Anatolia Development Agency (DAKA), the Hakkari Ski Center has become one of the major ski resorts in the region.

The Interior Ministry of Turkey has appointed new mayors in the southeastern Hakkari and Mardin provinces following the arrest of their predecessors over terror-related charges.

Merga Bütan Ski Center in Turkey's southeastern province of Hakkari will soon have its first a hotel with a capacity of 100 beds. The decision was fueled by the authorities' desire to make the center a popular choice for tourists. 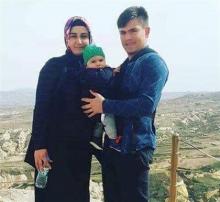 A PKK militant was detained in Turkey's southeastern Hakkari province, local governor said on May 11.