With a hit by the "godmother of punk" Nina Hagen, Germany's military saluted a visibly moved Angela Merkel during a ceremonial farewell on Dec. 2, just a week before she is due to bow out of politics after 16 years in office.

Two popular fallacies are thriving in a Europe of populism and diminished expectations. Many argue that Europe's problem is a problem of leadership. Missing are statesmen with the stature of Helmut Kohl, Francois Mitterrand or Jacques Delors. Historical distance tends to elevate and idealize leaders of the past.

Angela Merkel will be formally elected chancellor of Germany by parliament on Wednesday, the fourth time she will lead the government since 2005. If she sees out a full term, Ms Merkel will have spent 16 years in office, equalling the record set by Helmut Kohl between 1982 and 1998. 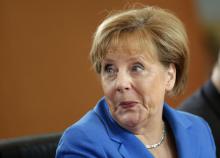 Chancellor Angela Merkel's conservatives secured a fourth consecutive term in office on Sept. 24 in an election that brought a far-right party into the German parliament for the first time in more than half a century, exit polls indicated.

Former German Chancellor and statesman Helmut Kohl, the longest-serving postwar Western leader, died at the age of 87 on June 16. 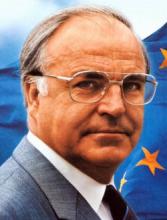 Kohl led his country from 1982 to 1998, overseeing the reunification of East and West Germany in 1990

Helmut Kohl, the chancellor who presided over both German reunification and the creation of the eurozone, has died aged 87.

The ministry described Kohl as a leader "with a sense of historic responsibility who brought to fruition the historic undertaking of peacefully reunifying Germany."

Former German Chancellor Helmut Kohl, the architect of German reunification, died on June 16, the mass-selling newspaper Bild reported. He was 87.

Former German Chancellor Helmut Kohl has died, German newspaper Bild reported. He was 87 years old.
Kohl, the architect of German reunification, was the first chancellor after the fall of the Berlin Wall.
In 1989, Kohl proposed to reunite Germany and the reunification occurred in October 1990, according to Sputnik News.