China's parliament approved plans on May 28 to impose a security law on Hong Kong that critics say will eradicate the city's promised freedoms.

The vote by the rubber-stamp National People's Congress came hours after the United States revoked the special status conferred on Hong Kong, paving the way for the territory to be stripped of trading and economic privileges.

A measure calling for "powerful" steps to curb Hong Kong's pro-democracy movement was submitted to China's rubber-stamp parliament on May 22, a move expected to fan fresh protests in the semi-autonomous financial hub. 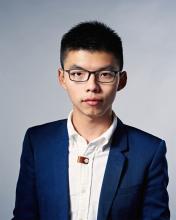 Joshua Wong (Demosisto) is one of the most prominent faces of Hong Kong's democracy movement and a leading figure in the "Umbrella Movement" which came into being in 2014. Together with hundreds of thousands of Hongkongers, the now 23-year-old is campaigning for free elections, reform of the voting system and democratization of the Chinese Special Administrative Region of Hong Kong.

China has removed the head of its Hong Kong liaison office Wang Zhimin, according to a Jan. 4 post on the official website of the Ministry of Human Resources and Social Security. 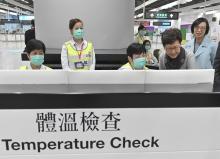 Hong Kong authorities activated a newly created "serious response" level on Jan. 4 as fears spread about a mysterious infectious disease that may have been brought back by visitors to a mainland Chinese city.

Hong Kong is gearing up for demonstrations over the Christmas week with protesters planning to gather in districts across the city, including in prime shopping malls, the latest in more than six months of unrest.

A double-decker bus crash in Hong Kong took the lives of at least four people and more than 20 were injured, local rescue services said, cited by the Associated Press.

According to firefighters, there are four dead, but Hong Kong police have reported five casualties. So far there is no explanation for the discrepancy in the data.

Turmoil over amendments to extradition legislation has damaged Hong Kong society on all fronts, Chinese Premier Li Keqiang said on Dec. 16 during a meeting with semiautonomous territory's leader. 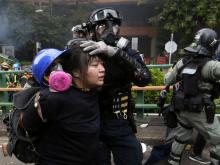 The European Union on Nov. 19 called on all sides in Hong Kong to exercise restraint and said that any violence is "unacceptable".

Hong Kong police fought off protesters with tear gas and batons on Nov. 18 as they tried to break through a police cordon that is trapping hundreds of them on a university campus.