Four jailed members of the now-defunct Greek terrorist group November 17, including leader Alexandros Giotopoulos, will be able to apply as of Tuesday for a prison release under conditions, due to the provisions of the new penal code which took effect on July 1.

Former Mayor of Galiche village in Vratsa - Tsenko Chokov, is no longer sleeping in a cell because he was placed under house arrest. The measure is valid as long as the case filed against him at the Special Court continues.

In October, the Justice Ministry will finally have electronic bracelets for monitoring, Mediapool reports.

A total of 200 bracelets with GPS surveillance with a precision of 2.5 m, and the remaining 50 aim to control inmates in open spaces. 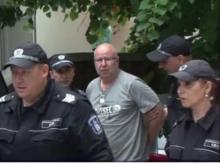 After a closed session on July 18, the Bourgas District Court placed under house arrest the Swedish Ralf Sundberg, who kicked a maid in the head. The judge has allowed the Swedish to be under house arrest at a studio in an aparthotel in Sunny Beach, BNT reported. However, the hotel manager refused to accept him. 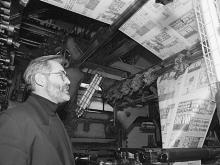 A Serbian court has released two former State Security officers charged with participating in the 1999 murder of opposition journalist Slavko Curuvija from custody and put them under house arrest.

The "house arrest" of a homeless man, who was previously unable to move outside the boundaries of a confined public area in Istanbul, has been lifted, Doğan News Agency reported on June 22.

Barış Alkan, 31, was not allowed to step outside a specific area near a city bus station in the Söğütlüçeşme neighborhood of Istanbul as it was listed as his address in court records.

A homeless man has been sentenced to house arrest for using and selling drugs in Istanbul's Kadıköy district, Doğan News Agency reported.

Barış Alkan, 31, is not allowed to step outside the boundaries of a confined public area near a city bus station in the Söğütlüçeşme neighborhood because it is listed as his address in court records. 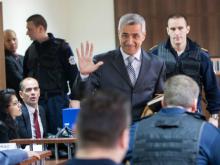 Chief appeals prosecutor Antonis Liogas on Monday ordered a preliminary investigation into the disappearance from the police's radar of a woman under house arrest who had been fitted with an electronic ankle bracelet as she was considered a flight risk. 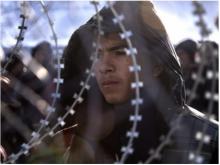 More than half of Bulgarians generally approve the idea of volunte?r patrols of citizens detaining migrants who have crossed into the country, an Alpha Research poll shows.

The poll, ordered by private broadcaster NOVA TV, reveals that a total of 54.8% of respondents agree citizen's arrest should be used to deter migrants.