House of Commons of the United Kingdom 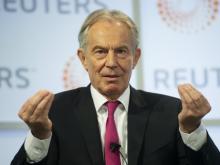 After Hashim Thaci announced that he had a meeting with former British Prime Minister Tony Blair earlier last week, the Tony Blair Institute for Global Change said on Tuesday that Blair met the Kosovo President in a personal capacity.

"Mr. Blair has known President Thaci for a long time and met him in a personal capacity," the Tony Blair Institute told BIRN in a written response.

British Prime Minister Theresa May suffered humiliation on a historic scale Tuesday as her government became the first to be found in contempt of Parliament, according to National Post.com 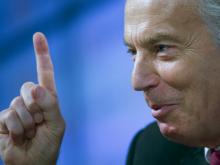 It was a funeral masquerading as a baptism. In Brussels, Theresa May's Brexit deal was welcomed into the world by the UK's 27 soon-to-be-ex-partners and the priesthood of the European commission, The Guardian reported .

The leader of the Northern Irish party propping up Britain's government warned British Prime Minister Theresa May on Nov. 23 that it could abandon her if she got her Brexit divorce deal through parliament.

British Prime Minister Theresa May was battling Thursday to save both her Brexit deal and her job, as ministers quit her government and a growing list of lawmakers demanded her ouster over the divorce agreement struck between Britain and the European Union.

British Prime Minister Theresa May will seek her cabinet's approval Wednesday for a long-awaited divorce deal with the EU, but hardline Brexiteer MPs warned they will seek to block it in parliament. 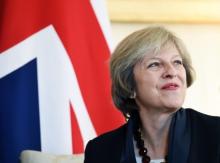 A Brussels plan to put a customers border in the Irish Sea if there is no Brexit agreement will be included in a divorce deal, suggests a leaked letter from Theresa May. Theresa May faced a fresh Brexit headache as her plans risked a rift with her Democratic Unionist Party allies. 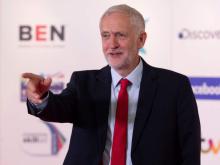 LONDON (AP) — Britain's Labour Party opened its annual conference on Sunday facing a huge choice — whether to change policy and call for a new referendum that could halt the country's departure from the European Union.

The support of the main opposition party would be a major boost to campaigners for a second vote on Brexit.

British Prime Minister Theresa May said on Sept. 21 the European Union must come up with an alternative to her Brexit proposals, saying talks had reached an impasse after bloc's leaders had rejected her plans without explaining why.