Over 200 untouched photos featuring Beyonce from her campaign with L'Oreal in 2013 were leaked to "The Beyonce World", a site for fans of the famous singer. The 33-year-old super star, who looked stunning in the shoot, was less than flawless in the original photographs.

A few days ago, a man called me telling me he had found my number via a job search site and asked me if I could help him out with his career plans as, he said, he admired my CV and believed I could advise him. "Of course," I said, without giving it much thought. He then told me he would call back later for a longer discussion. The same night he called as he had promised.

My name is Kübra. My husband hit me; I had a brain hemorrhage. I am dead now.

My name is Mekkiye. My husband shot me in the heart, then shot my two daughters. Now, all three of us are dead. My name is Ay?e. My boyfriend of three months stabbed me, my son and my 11-year-old daughter. My daughter survived, my son and I are dead.

A Turkish citizen has been arrested for being a member of Islamic State of Iraq and the Levant (ISIL) for the first time in Turkey, daily Vatan reported on Feb. 4. 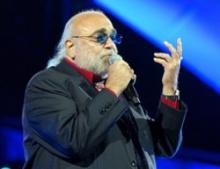 Artemios "Demis" Ventouris Roussos was born on 15 June, 1946 to a Greek father and an Egyptian mother of Italian origin. He was raised in Alexandria, Egypt.  His parents decided to move to Greece after they lost all of their possessions in the Suez Crisis.

I know your life also came to an end when your son died. Each morning when you wake up, maybe you forget about his absence in the drowsiness of early morning. Sleep is like that, it makes you forget, it heals.

But the moment you splash some water on your face, you remember. Your heartache begins. 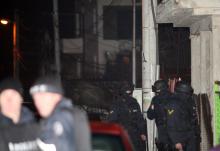 A 35-old-year man, who had barricaded himself in a house in the Sofia district of Gorna Banya after a quarrel with the neighbors, opened fire on the windows of his neighbors and a police patrol.

Slightly after 7 pm on Thursday, police received a tip-off for a man who was shooting at a house of his neighbors, most probably with an air gun, according to reports of Sega daily. 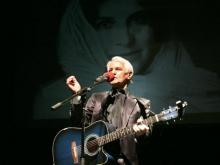 The death of the legendary singer and songwriter Kemal Monteno has united the entire region in sorrow, as artists, politicians and ordinary people alike mourn the passing of a man who entertained generations with his ballads about life and love.