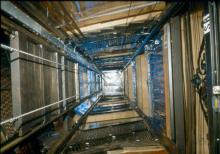 Man died after falling from the 14th floor into an elevator shaft in Sofia's residential district Serdika on Friday evening.

The man fell in the shaft after opening the door of the elevator, while the lift was on the upper 15th floor, the Bulgarian National Radio (BNR) reports.

Motherhood is a wonderful career. It involves a lot of sh*t, but I guess all careers have their positive and negative sides.

Do?an TV Holding Chairwoman Arzuhan Do?an Yalç?nda? has won the best businesswoman of the year award at the ?Stars of the Year Awards,? which was organized by Y?ld?z Technical University Business Administration Club for the 13th year.

The policewoman injured in the shooting incident in a Paris suburb, which took place on Thursday, passed away.

The attack which took place in the southern suburb Montrouge, comes a day after the shooting at the office of the satirical magazine Charlie Hebdo, which claimed the lives of 12 people.

It is still not clear whether the two incidents are related, the BBC reports. 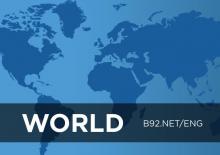 A man has been fined for dancing while driving his minibus on a highway in Turkey's largest city.

In a footage that was recently shared by thousands of people on social media, a man was seen dancing "horon," a traditional dance in Turkey's Black Sea region, after briefly leaving the driver seat of a moving vehicle.


BELGRADE -- The Crown Council of Crown Prince of Yugoslavia Aleksandar Karadjorjevic has announced that the state of Serbia had treated him "insultingly." 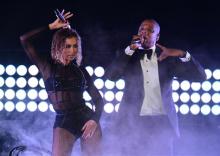 A Hungarian singer from the Roma community is suing Beyonce over the smash hit "Drunk in Love," saying the superstar sampled a folk tune without permission.

The song off Beyonce's Grammy-nominated self-titled album begins with an Eastern-sounding a cappella voice that gradually fades out after around 40 seconds as a pop beat, keyboards and Beyonce's voice come in.

Olympiakos was the winner in the red-and-white party at the Peace and Friendship Stadium on Friday as it came from behind to beat Red Star Belgrade 64-59.