“I remember my first orgasm… I did it to myself,” she said in a raunchy Q&A

Greek sex workers are concerned that new health and safety guidelines to protect them and their clients against the coronavirus will harm their business.

Regulations which came into force on June 15 urge sex workers to keep names and contact numbers of customers, who will lose the anonymity they previously sought.

Romania's parliament on Wednesday scrapped mandatory "sexual education" in the country's schools, bowing to pressure from the powerful Romanian Orthodox Church, which called it an attack on childhood innocence.

A university in Istanbul has fired one of its staff after his televised comments about teenage girls' potential for fertility caused public outrage.

During a TV show, Professor Muttalip Kutluk Özgüven, from the computer engineering department at Aydın University, claimed that the age range between 12 to 17 is an ideal period for girls to give birth to their first child. 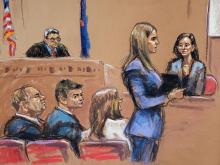 The British government is raising red flags over the Ayia Napa rape verdict, after a 19-year-old Briton was found guilty of lying to police about being gang raped by Israeli teens.
According to British media, a Foreign and Commonwealth Office spokesperson said in a written statement that London had reservations over the legal proceedings in a Paralimni courtroom on Monday.

A March of Red Umbrellas gathered about hundred people who walked through Skopje's main pedestrian areas on Tuesday, calling for the decriminalisation of prostitution in North Macedonia and better social treatment of sex workers in general.

The event this year focused in particular on the fight against gender-based violence. 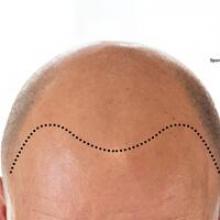 Turkey ranks among the top of the world ranking list for many aesthetic surgeries. The quality of services and reasonable prices make this happen and so that Turkey becomes very attractive among European countries.