Movie producer Harvey Weinstein was indicted on May 30 on charges of rape and a criminal sexual act, Manhattan District Attorney Cyrus Vance said, the first case to emerge from a slew of sexual misconduct allegations against him. 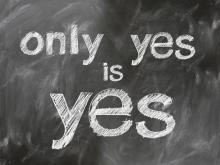 Twenty per cent of women in Moldova have been sexually harassed at their workplace, suggests a study published on Tuesday by the Partnership for Development Centre, an NGO based in Chisinau.

An Australian archbishop was found guilty yesterday of covering up child sex abuse in the 1970s - one of the highest-ranked church officials globally to be successfully prosecuted for such offences.

As concerns rise about instances of violence and lawlessness at Greek universities, a new study has pointed to hundreds of cases in recent years, more than a quarter of which involve attacks on academics.

Doctors are pointing to an increase in abortions and sexually-transmitted diseases among young Greek women who, they say, are relatively ignorant about gynecological issues, with sex education still not a priority at Greek schools.

A 17-year-old battled for her life May 7 after being raped, doused in kerosene and set on fire, the second such case to shake India as it battles an increase in sexual crimes.

The Swedish Academy said yesterday it would postpone this year's Nobel Literature Prize for the first time in almost 70 years, as it is rocked by turmoil over links to a man accused of rape and sexual assault.

(CNN) - Tens of thousands of protesters returned to the streets of Pamplona in Spain on Saturday after men accused of the gang rape of an 18-year-old woman at the 2016 running of the bulls festival were convicted of the lesser crime of sexual abuse.

A court in India’s western state of Rajasthan on April 25 convicted a self-styled religious preacher of raping a teenage girl, police said, the latest in a series of sexual abuse accusations against such figures.

Eight people believed to be members of a sex trafficking gang that exploited Eastern European women, mostly from Belarus, were arrested Monday after police raids at Athens brothels.

Police said the women were virtually imprisoned in apartments around Athens and forced into prostitution at various brothels.