It was discovered during road works on “Stavrou Niarchou Street”

The abortion rights battle takes to the streets across America on Oct. 2, with hundreds of demonstrations planned as part of a new "Women's March" aimed at countering an unprecedented conservative offensive to restrict the termination of pregnancies. 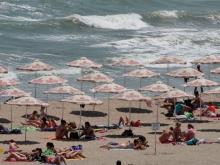 What is the key to success in tourism during a coronavirus pandemic? Many hoteliers failed to find the answer to this question against the backdrop of a constantly changing epidemiological situation. Others, however, thanks to their ingenuity and good management skills, managed to maintain a high level of service and operate at full capacity with regular customers. 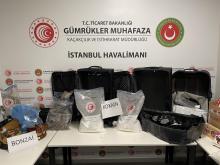 Turkish customs officials seized over 46 kilograms (101 pounds) of drugs in separate anti-narcotic operations at the Istanbul Airport, according to security sources on Sept. 27.

The officials found six passengers and two cargo shipments arriving in Turkey on different flights suspicious, said the sources on condition of anonymity. 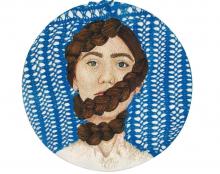 BASE, an exhibition event featuring works by new graduates of fine arts faculties, will bring together newly graduated young artists from all over Turkey with art lovers under the same roof in Istanbul.

The fifth edition of BASE will be organized at Istanbul's Tophane-i Amire between Sept. 29 Sept. and Oct. 3.

The most important result of the national census will be the number of the population, and certainly what we will see is a new correction downward due to the migration processes, Adrian Nikolov from the Institute for Market Economy told BNR.

According to him, the big risk is very low confidence in the census, which will mar the data from the survey.

After many successful attempts, he admits that magnetism is nothing more than a magic trick, according to AP