Immigration to the United Kingdom

New figures from Britain’s Office of National Statistics show that the number of workers from the two countries has now exceeded 150,000 for the first time.

The fresh data said 153,000 Romanians and Bulgarian were working in the UK in the second quarter of this year. 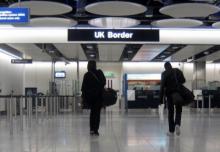 The number of Bulgarian and Romanian workers in the UK has reached a new high, according to a British media outlet.

Figures from the Office for National Statistics showed there were 153,000 people from the two countries working in Britain in Q2 of 2014 which is an increase of 13,000 people or 9% on an annual basis, the online edition of the Daily Telegraph notes.

After two years of talks, Greek and Australian officials have agreed on a work and holiday visa exchange scheme that would grant 500 young people a one-year work permit as part of a pilot program aimed at boosting tourism and bilateral relations.