The OSCE Mission to Bosnia and Herzegovina said in an information sheet published on Tuesday that only 18 war crimes cases were completed last year, compared to a total of 49 in 2020.

The trial began by verifying the identities of the accused and acquainting them with their rights.
At the suggestion of the lawyer, the indictment was not read to them because they were already familiar with it, and all the accused stated that they understood the allegations of the indictment and that they were not guilty, RTS reports.

The Humanitarian Law Centre NGO said in a report published on Friday that the pandemic slowed down war crimes investigations and trials that were already taking too long to complete in Serbia.

A state of emergency was imposed in Serbia from March 15 to May 6 2020, and war crimes trials resumed at the end of May under special protective measures.

The chief prosecutor at the Kosovo Specialist Chambers and Prosecutor's Office, Jack Smith, notified the president of the Specialist Chambers for the second time about that he intends to initiate proceedings before the Hague-based 'special court', it was announced on Tuesday.

The Belgrade-based Humanitarian Law Centre NGO said in a report published on Wednesday that Serbian war crimes prosecutors are continuing to issue only a small number of indictments, most of them in cases transferred from Bosnia and Herzegovina, and none of them charging high-ranking suspects.

The trial of Agan Ramic, who is accused a mistreating a minor while serving with the municipal headquarters of the Bosnian Army's Territorial Defence force in Konjic during the war in 1992, opened on Wednesday at the state court in Sarajevo. 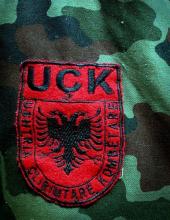 As Angela Griep, a spokesperson for The Hague tribunal, told "Politico", the statutory deadline for confirming or rejecting the indictment is six months.
This means, according to the newspaper, that the names of the indictees will be known no later than August, after which the trials on the confirmed indictments will be scheduled.