It was only supposed to fly five times. And yet NASA's helicopter on Mars, Ingenuity, has completed 12 flights and it isn't ready to retire.

Given its stunning and unexpected success, the U.S. space agency has extended Ingenuity's mission indefinitely. 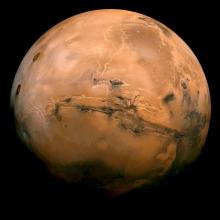 The collection of samples, which NASA marked as a turning point, will begin in the next two weeks. "We are on the threshold of a new era of planetary science and discovery", said Thomas Zurbuchen, associate administrator for science at NASA Headquarters.

The American space agency has successfully flown a small helicopter on Mars.

The drone, called Ingenuity, was airborne for less than a minute, but Nasa is celebrating what represents the first powered, controlled flight by an aircraft on another world.

Confirmation came via a satellite at Mars which relayed the chopper's data back to Earth.

NASA's experimental Mars helicopter rose from the dusty red surface into the planet's thin air on April 19, achieving the first powered flight on another planet.

As exciting as the entire Perseverance mission to Mars is, one of the events most looked forward to by us Earthlings must be the first flight of Ingenuity. After conducting numerous checks and double-checks, the Perseverance team has set April 8 as the date on which they hope to attempt the first controlled powered flight on another planet.

The Perseverance rover ventured from its landing position on March 4, two weeks after setting down on the red planet to seek signs of past life.