It is uploaded on the Youtube channel Voices of the Past

Dogecoin could be a more likely candidate

It is uploaded on the Youtube channel Voices of the Past

Prominent Turkish novelist Hasan Ali Toptaş is facing dozens of allegations by women who have accused him of having sexually harassed them in the past, unleashing a #MeToo movement in Turkey's literature world.

A couple of youngsters check their smartphones while sitting on the steps at Syntagma Square in central Athens. A new study has found that 37 percent of teenagers demonstrated signs of internet addiction in 2019, compared to 13 percent in 2013. Meanwhile, more than 30 percent said they suffered online harassment in 2019, up from 20 percent in 2013. 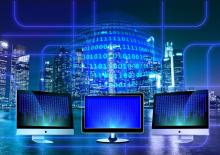 Safer Internet Day (SID) is an international event taking place in February every year, which promotes a safer and more responsible use of online technology and mobile phones by children and young people across the world.

In 2019, 87% of people aged 16-74 in the European Union (EU) reported they had used the internet during the previous three months. This share ranged from 98% in Sweden to 68% in Bulgaria, Eurostat data showed.

The selfie remains one of the most preferred features on smartphones, according to a new survey of the global smartphone brand HONOR. The study makes interesting discoveries about self-culture in Europe. According to it, selfie's popularity continues to grow, with 85% of Europeans saying they are taking more selfies than ever before.

Recent years have seen a lot of talk about fake news on social media. This is justified.