The U.S. should extradite the leader of the FETÖ, the group behind the 2016 defeated coup in Turkey, the head of a Turkish major political party said on July 13.

A Turkish court on July 12 delivered its reasoned decision on the case of the Akıncı Air Base, which was used as a command center during the 2016 defeated coup bid in the country by the FETÖ.

None of the conflicting parties shy away from that practice, but a far larger number of children are still being recruited by Houthi people, writes DW.
Samir was eventually killed. The 15-year-old paid with his life for the desire to fight on the side of the Houthis in the civil war that is being fought in Yemen.

A top terrorist of the FETÖ in Central Asia was nabbed abroad in an operation by Turkish intelligence, Turkey's president said July 5.

The Sivas Massacre, an arson attack staged on mostly Alevi intellectuals inside the Madımak Hotel that killed 33 intellectuals and two hotel personnel, was commemorated on its 28th anniversary on July 2 in the Central Anatolian province of Sivas. 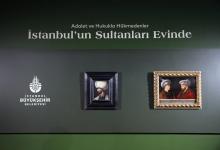 A rare portrait of Suleiman I, the longest-reigning Ottoman sultan known as the Magnificent Suleiman, has been put up on display for Turkish people after it was donated to the Istanbul Municipality by an anonymous citizen who bought the artwork at an auction in London.

A Turkish court on Thursday decided to seize the assets of 12 fugitive suspects, including ringleader of FETÖ, in the 2007 murder case of a prominent Armenian-Turkish journalist unless they return to the country, according to a judicial source. 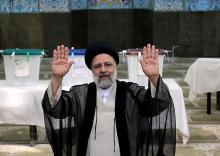 Congratulations poured in for ultraconservative Ebrahim Raisi on June 19 on winning Iran's presidential election as his rivals conceded even before official results were announced.

Iran's supreme leader opened a presidential election on June 17 in which ultraconservative cleric Ebrahim Raisi is seen as all but certain to coast to victory over his vetted rivals.

After a lacklustre campaign, turnout is expected to plummet to a new low in a country exhausted by a punishing regime of US economic sanctions that dashed hopes for a brighter future.