Islamic State of Iraq and the Levant – Khorasan Province

Gunmen stormed a religious gathering of Afghanistan's minority Sikhs in their place of worship in the heart of Kabul's old city on March 25, killing at least four people, a Sikh lawmaker said.

More than 60 dead and 36 injured in a mosque explosion in eastern Afghanistan, BTA reported.

A spokesman for the governor of the eastern province of Nangarhar said there were children among the victims.

During the explosion, the roof of the temple collapsed.

At least 10 were killed and 27 injured in Jalalabad, eastern Afghanistan, after a bomb hit a bus which belonged to an Afghan National Army recruitment center.

The bomb had been put on a motorcycle and detonated when the bus passed by the motorbike, Nangarhar Governor Ataula Hoghani said. There is one child among the dead. 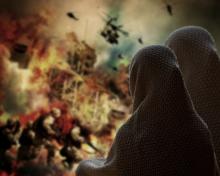 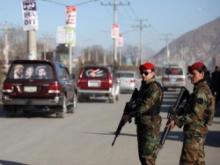 At least 16 people have died in an attack on a construction company in the Afghan city of Jalalabad. Nine were injured, BNT reported.

The attack has begun with suicide blasts committed by two terrorists at the entrance of the company building. Then three armed men rushed inside and were killed by the security forces.

Six people were killed when a suicide bomber blew himself up in Kabul Monday, close to where scores of Afghans had been protesting against Taliban attacks on the minority Hazara ethnic group, reports AFP.

KABUL, Afghanistan (AP) — An Afghan official says a suicide bomber has struck an election rally in the country's eastern Nangarhar province, killing at least 13 people and wounding more than 30.

Attahullah Khogyani, spokesman for the provincial governor, says some of the wounded are in critical condition, which increases concerns that the death toll could rise further.

AFP - The death toll from a suicide attack on Afghan protesters has soared to 68, officials said Wednesday, as violence flares across the country ahead of elections and a key Islamic holy day.