Excavation work at a construction site in İstanbul's Beyoğlu district has brought to light an Ottoman-era bath.

While warm days at the beginning of April gave a sigh of relief, Turkey will be witnessing another cold week with temperatures expected to decline by 10 degrees Celsius on average due to a new cold wave entering the country from the Balkans, the Turkish State Meteorological Service has announced. 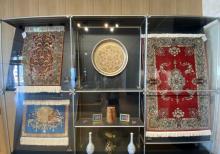 The Museum of Islamic Civilizations, which opened last week in the Büyük Çamlıca Mosque Complex, draws great interest from visitors with its exceptional artworks that shed light on the development of Islamic art. 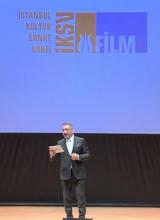 The 41st Istanbul Film Festival, organized by the Istanbul Foundation for Culture and Arts (İKSV), kicked off with an opening gala on April 7 at the Cemal Reşit Rey Concert (CRR) Hall, bringing together stars and distinguished figures of Turkish cinema.

The dense fog that enveloped Istanbul yesterday disrupted daily life in Turkey's most populated city, reducing the viewing distance to just 5 meters from time to time.

As the Supreme Election Board (YSK) determined the distribution of deputies by province, a total of 316 deputies will be elected from 14 provinces of Turkey in the next elections.

The Turkish State Meteorological Service has issued a "heavy precipitation and downpour" warning for two regions and four provinces and has declared an "orange alert" for the country's largest metropolis Istanbul against rains and strong winds.

"Orange alert" is rarely issued, which signifies a possibility of damage and loss in a "dangerous weather situation."

Temperatures will start dropping significantly across the country as of today, and Turkey's most populous province, Istanbul, will witness snowfall once again in early March, a prominent Turkish meteorologist has said.

"A wave of rainy weather will have an impact in the western parts of the country, starting from the late hours of Feb. 28," Orhan Şen announced on his Twitter account.

Home rents in Istanbul increased by 97.7 percent in January from the same month of last year, a study has shown.