Predrag 'Gaga' Antonijevic, director and producer of 'Dara of Jasenovac', Serbia's entry for the Best International Feature Film at the 2021 Oscars, which deals with crimes committed at the Jasenovac concentration camp in Croatia, said on Sunday that he intends to sue the Los Angeles Times for denying war crimes committed against Serbs at the WWII camp.

Sremska Mitrovica is one of the largest execution sites in World War II, the place where thousands of Serbs were killed, including the great painter Sava Sumanovic.
On the monument in Sremska Mitrovica, on three stone slabs, among other things, it is noted that 7.950 men and women have been killed by Germans and Ustashas since 1941 to 1944.

By laying wreaths and flowers, the Croatian State Summit and representatives of Jews, Serbs, Roma and anti-fascists living in Croatia, today paid tribute to the victims of the Ustasha Jasenovac concentration camp in World War II. 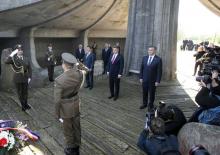 Croatian officials and representatives of anti-fascist groups and Croatia's Serb, Roma and Jewish communities gathered on Wednesday for the annual commemoration of the victims of Jasenovac, a World War II concentration camp run by the Croatian fascist Ustasa regime.

Danijel Vojak, a historian from Zagreb-based Ivo Pilar Institute of Social Sciences, is recalling how he once found an old photograph of an 11-year-old Roma boy called Stjepan Mavrovic, whose childhood was disrupted in June 1942.

Zagreb City Assembly voted on Tuesday to build a monument honouring the six million Jewish victims of the Holocaust in World War II - but the proposal has been questioned by Croatian Jewish community representatives and left-wingers. 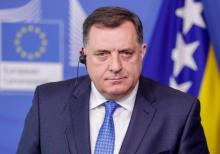 Banja Luka-based ATV broadcaster is reporting that Dodik last night commented on Bosniak (Muslim) member of the BiH Presidency Sefik Dzaferovic, saying that he was not visiting the Vatican on behalf of the Presidency, "as he wants to present it publicly." 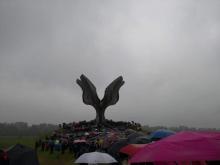 Despite rain, about 2,000 people gathered on Friday for the annual commemoration of the victims of the camp at Jasenovac, site of an infamous World War II concentration camp run by the wartime Croatian fascist Ustase regime.