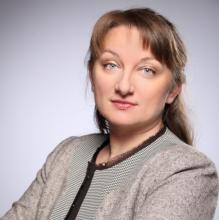 The number of newly-registered unemployed in Bulgaria since the beginning of the state of emergency until now is 72,000, but 11,000 have already found a new job, this country's Minister of Labor and Social Policy Denitsa Sacheva announced.

Last month was the best August in five years as far as hirings in Greece were concerned, coinciding with peak tourist season.

Expectations of another good year in tourism are illustrated by developments in the domestic labor market as recorded in the April hirings data of the Ergani database and the employment figures of the Manpower Organization (OAED). 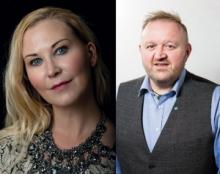 The majority of your work is consulting, lecturing and authoring; none of which seem like an ordinary job, yet the majority of your clients still come from companies, where 9 to 5 jobs are still the rule? What does the future of work mean for jobs, skills, and wages?

65% of children currently in the first grade will have jobs that do not even exist yet. The figures are from the World Economic Forum and were reported by bTV.

Most of the professions we know today will become extinct. After years, there may be no bus drivers, shoemakers or factory workers. Half jobs in the European Union are threatened by computers and robots.

For those who want to get paid to sit around on a beach while drinking piña coladas and posting on social media, today just might be your lucky day.

Around 300 000 are the Bulgarians who have been without a permanent job for more than one year and are not looking for a job. This shows data from a study by the Trend Research Center, commissioned by the Friedrich Ebert Foundation, quoted by bTV.

On the one hand, we have the so-called "work-less," people whose only line of work is basically joining various "movements" and participating in protest marches. They are persistent and fight any investment initiative with a systematic vengeance.

Salaried employment in the private sector slowed down in November, data released by the Labor Ministry's Ergani system showed on Monday.

The system showed that 157,385 people were hired in November and those who left their jobs came to 195,052 people, out of whom 66,978 people left their positions voluntarily, while 128,074 were laid off or did not renew their contracts.