Ercümen managed to complete 100-meter diving with the time of 2 minutes and 53 seconds in offshore Kaş, Turkey's southern province of Antalya. 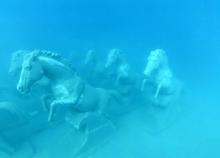 Works for the "Lycia-Kaş Underwater Art Park," where replicas of smuggled historical Lycian civilization artifacts will be exhibited under the sea in the southern province of Antalya's Kaş district, will be finished soon. 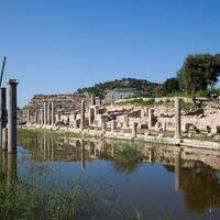 Patara, a 2,000-year-old ancient city in the southern province of Antalya's Kaş district, which has traces of human life dating back to 6,000 years and was once the capital of the Lycian Union, has been drawing the attention of tourists. (Photos: Alamy) 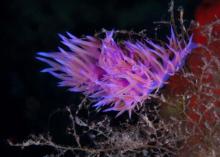 The 640-kilometer coasts of the Mediterranean province of Antalya have great historical and ecological riches under water. Many colorful fish and marine species such as lapin, starfish, jellyfish, sea horse and others have been photographed for a book titled "Sualtı Cenneti Antalya" (Underwater Paradise Antalya.)

The census in Kosovo that was due to be held this year for the first time in ten years might have to be postponed due to the pandemic and last Sunday's early parliamentary elections, Kosovo's Agency for Statistics, KAS, told BIRN. 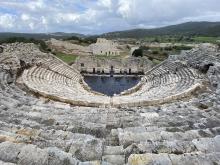 Patara, a 2,000-year-old ancient city in the southern province of Antalya's Kaş district, which has traces of human life dating back to 6,000 years and was once the capital of the Lycian Union, has been drawing the attention of tourists to the region even more after the year 2020 was marked as the "Year of Patara." 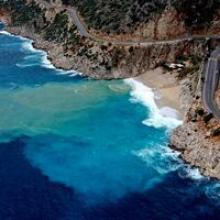 The Mediterranean waters off Kaputaş Beach's coast, located some 20 kilometers from Kaş in the southern province of Antalya, have turned turquoise due to a recent rainfall. (AA Photo) 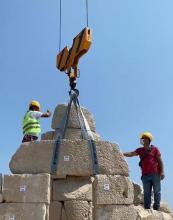 The restoration of Patara Neron Lighthouse, which was commissioned by the Roman Emperor Neron in AD 54 as a "prestige project" in the ancient city of Patara, began on Aug. 11.

A Turkish photographer has dived into the Mediterranean Sea to capture pictures depicting what he calls modern day addictions and problems of society, including smartphone addiction that has accelerated recently as people stayed at their homes for over two months as part of sweeping measures to contain the COVID-19 outbreak.