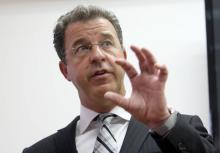 "Court for KLA is not criticism of Hague's work"

THE HAGUE -- Serge Brammertz says a tribunal to deal with KLA crimes would not represent "criticism of the work of the Hague Tribunal concerning the Kosovo conflict."

BELGRADE / BRUSSELS - Human Rights Watch (HRW) has said that the Kosovo government’s approval of a special court to investigate 1998-1999 war crimes committed by members of the so-called Kosovo Liberation Army KLA, former ethnic Albanian paramilitary organization, in Kosovo-Metohija (KiM), is a step forward for justice and the rule of law. 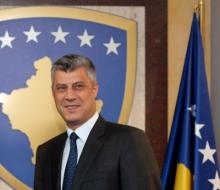 The Parliament in Pristina approved Wednesday a law to extend EU's rule-of-law mission to Kosovo, EULEX, until June 2016.

A special court will also be set up to investigate alleged war crimes by the former Kosovo Liberation Army (KLA), according to BalkanInsight.

NOVI SAD - Head of the Centre for Regionalism Aleksandar Popov said on Thursday the creation of a special tribunal for war crimes committed by members of the former Kosovo Liberation Army (KLA) was a significant thing, adding that he hoped it would bring to justice those responsible for war crimes.

PRIŠTINA, BELGRADE -- The Kosovo assembly in Priština on Wednesday adopted a law to extend the mandate of the European Union Rule of Law Mission in Kosovo (EULEX).

The proposal to establish the new tribunal was passed by 89 votes to 22 in parliament on Wednesday, although Prime Minister Hashim Thaci called it “the biggest injustice and insult which could be done to Kosovo and its people”.

Kosovo’s government on Tuesday voted in favour of a draft law which will see the mandate of the EU rule-of-law mission, EULEX, extended until June 15, 2016, and guarantees the continued operation of EULEX’s Special Investigative Task Force, SITF.

The extension of EULEX’s mandate was requested by Kosovo President Atifete Jahjaga.

"Court is insult to Kosovo, but vote to establish it"

PRIŠTINA -- Kosovo Prime Minister Hashim Thaci has called on members of the Kosovo assembly to vote in favor of establishing a special court for war crimes.

The court would deal with crimes committed by ethnic Albanians against Serbs during the war in 1999. 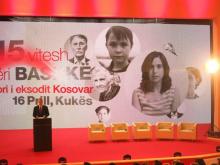 Officials from Pristina and Tirana gathered on Wednesday in Kukes, a town in north-east Albania bordering Kosovo, to commemorate the exodus of ethnic Albanians from Kosovo in April 1999, after NATO launched its air strikes on Serbian forces in a bid to end the war.

BELGRADE – An investigation into alleged crimes by members of the former ethnic Albanian paramilitary Kosovo Liberation Army (KLA), led by U.S. prosecutor Clint Williamson and launched based on a report by former Parlaimentary Assembly of the Council of Europe (PACE) special rapporteur Dick Marty, will be completed no later than the end of the year.