This is what the Beta news agency was told on Thursday in Brussels when it asked for comment on Serbian Prime Minister Aleksandar Vucic's assessment that EU's reaction was lukewarm. 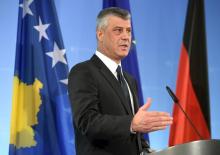 ZAGREB -- According to Hashim Thaci, Albanian Prime Minister Edi Rama's recent statement about unification of Kosovo and Albania was "misinterpreted."

A government headcount has verified that more than 25,000 people fought for the Kosovo Liberation Army against Serbian forces during the 1998-99 conflict - more than previously estimated.

Albanian Prime Minister Edi Rama warned the EU that his country could unify with Kosovo "in the classic way" in case the Union did not intensify the integration of Pristina.

Rama made this statement during a joint interview with Kosovo's Deputy Prime Minister and Foreign Minister Hashim Thaci on Tuesday, B92 reports. 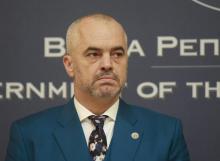 Albanian PM warns his country and Kosovo "will unify"

PRISTINA -- Albanian Prime Minister Edi Rama has warned that his country and Kosovo "will unify in the classic way" unless the EU "opens up roads for Kosovo' integration."

BELGRADE - Director of the Serbian government's Office for Kosovo-Metohija (KiM) Marko Djuric said on Sunday that a draft resolution on the genocide that Serbia had allegedly committed against ethnic Albanians in Kosovo was proposed by the people with a guilty conscience because of their own role in the 1998-99 armed conflict.

BELGRADE - The Association of Families of the Kidnapped and Murdered in Kosovo and Metohija (KiM) said Friday that it will press charges before the domestic and international courts against the persons responsible for the crimes against Serbs and non-Albanians in KiM before and after 1999.

The mainly ethnic town of Ulcinj on the coast of Montenegro says it will declare Albanian Prime Minister Edi Rama and Kosovo Foreign Minister Hashim Thaci honorary citizens at a ceremony scheduled for Saturday.

The Mayor of Ulcinj, Fatmir Djeka, revealed the decision, and officials say top Montenegrin officials, including President Filip Vujanovic, will be in attendance. 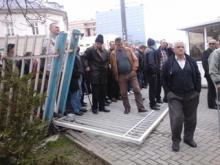 Kosovo Liberation Army veterans broke into the courtyard of the government building during a protest calling on the authorities to start paying them state benefits.

PRISTINA -- An informal meeting of ministers of foreign affairs and ministers of transport of regional countries was held in Pristina on Wednesday.