Kosovo and Albania authorities said they detained more than 50 police officers from both countries at the Vermice border crossing point as part of a police probe into bribery and corruption. 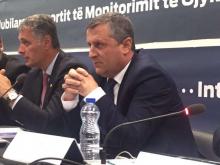 The European Union has expressed concern about the election of Blerim Isufaj as Kosovo's new Chief Prosecutor on Wednesday, and local civil society organisations have urged President Vjosa Osmani to consider the evident shortcomings of the process when she decides to decree the decision or not.

On March 31, Foreign Minister Donika Gervalla-Schwartz said demarcation between Kosovo and Montenegro was still not over, also pointing out that the border has yet to be marked on the ground by state commissions of both countries.

The REC announced that by 6 p.m. on the territory of the Republic of Serbia, without Kosovo and Metohija, 50.82 percent of voters out of 6.502.307 total registered voters went to the polls.

Kosovo's Islamic Community Council has asked the Ministry of Education, Science, Technology and Innovation, to remove the ban of wearing religious symbols in high schools after a photo of a sign banning the burqa at the entrance of a high school in Gjakova/Djakovica drew criticism.

A Kosovo women's rights NGO has said that judicial institutions are not treating femicide with due seriousness but are instead often reducing jail sentences from life imprisonment to tens of years. 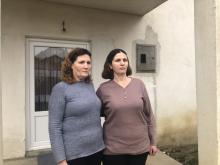 Sebahate Berisha remembers the warm night of April 1, 1999 when she put all her five children to sleep wrapped up in blankets in the basement of an abandoned house in the village of Nagavc/Nogavac in Kosovo's Rahovec/Orahovac municipality.

After Kosovo's Prime Minister Albin Kurti seemed to dismiss the possibility of Serbs voting in Kosovo for presidential and parliamentary elections in Serbia this Sunday, an opposition party said the move will prove harmful for the country.

Kosovo's Supreme Court announced on Wednesday that it has upheld the verdict convicting Serb fighter Zoran Djokic of war crimes against ethnic Albanian civilians in Peja/Pec in March and April 1999.

In February last year, Pristina Basic Court found Djokic guilty and sentenced him to 12 years in prison. The verdict was upheld by the Court of Appeals in November.

This was stated by the Minister of Foreign Affairs of Serbia, Nikola Selakovi, who added that these efforts, on the contrary, threaten to destabilize the political and security situation in our region.