The Bulgarian Minister of Defence Krasimir Karakachanov outlined a possible scenario for increasing the budget of the new type combat aircraft project, although he excluded such an option a month ago.

Last week, on 26 October, the Special Operations Forces of the B-9 member states together with servicemen of U.S. aviation held the final stage of the multinational military exercise "Thracian Sword - 2018", which this year took place at the military training range of Novo Selo.

Sofia. Today, the Members of Parliament have voted to elect Krasimir Vlahov member of the Constitutional Court on Parliament's quota, Focus News Agency reports. The proposal was adopted with 127 votes in favour and 55 abstentions.

The National Institute of Meteorology and Hydrology (NIMH) will be taken out of the structure of the Bulgarian Academy of Sciences. This was announced by Minister of Education Krasimir Valchev after the meeting with Prime Minister Boyko Borisov with representatives of the protesters of the Institute and the President of the Bulgarian Academy of Sciences. 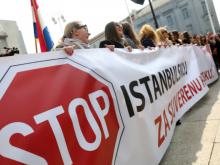 The Bulgarian Constitutional Court on Friday ruled that the Council of Europe's convention on preventing and combating violence against women and domestic violence, known as the Istanbul Convention, does not conform to the Bulgarian constitution. 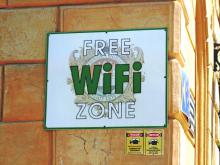 Within the framework of the WIFI4YOU initiative there are over 300 requests from Bulgarian municipalities for inclusion in internet projects, a decision of the Bulgarian government and the local authorities is one or several schools to be included in each application, Mariya Gabriel, Commissioner for the Digital Economy and Society said on 30th of March at a meeting with the Executive Committee

A meeting between Bulgarian Defense Minister Krasimir Karakachanov and James Matisse, Secretary of Defense of the United States, was held in Brussels today, February 15, in the framework of the NATO Defense Ministers' Meeting in Brussels.

The 13th World Meeting of Bulgarian Media will take place in Chisinau on 4-8 October 2017, Moldpress reported.

A photo exhibition will be inaugurated at the event, followed by a visit to Taraclia and a meeting at the State University of this locality. The main topics will focus on: education, culture, mother tongue and bilateral relations.