44.15% of the Bulgarian teachers are between the age of 50 and 65. This was stated in a report as an answer to the minister of Education Krasimir Vulchev, reported BGNES. 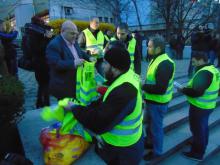 The MPs approved at second reading amendments to the Interior Ministry law, whereby the policemen will get paid for uniforms they did not receive, reported BGNES.

The Bulgarian Socialist Party called on Prime Minister Boyko Borisov to demand the resignation of Interior Minister Valentin Radev. This was announced by the BSP MP Krasimir Yankov during a briefing in the National Assembly. He made a statement on behalf of the party along with his colleagues from the Internal Commission. 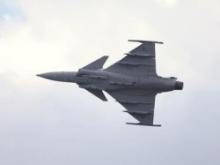 Talking to reporters in parliament, Bulgarian PM Boyko Borisov stated that negotiations would be held with three countries for the purchase of combat aircraft for the Bulgarian air force, reported BNR.

New ones must be bought, he added, not second hand machines.

Boyko Borisov pointed out that F-16, Eurofighter, Gripen and MiG all have factories  and manufacture new aircraft.

''The new government will review and discuss the three offers for purchase of a new, modern fighter for the Bulgarian army'', Defense Minister Krasimir Karakachanov told journalists, quoted by FOCUS Radio.

The building of the former pop-folk disco Sin City in Sofia is on fire, reported BGNES.

There is dense smoke coming out of the building located at Vazrazhdane Square. There are no reports of injured people.

Traffic in the area has been halted. Only trams are being let through.

There are three firefighter engines at the site.

A Catholic priest from the northern Bulgarian town of Belene has announced that he is going home to Italy after his decision to shelter a refugee family caused tensions.

Right-wingers and nationalists have in Bulgaria have vented anger over remarks of Turkey's Labour Minister who urged expats to vote for DOST party in the early election on March 26.