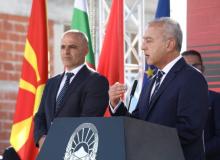 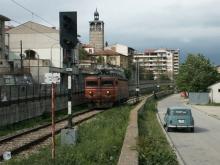 MACEDONIA: Companies have been invited to prequalify for a contract to complete Phase 2 of the planned rail link from Kumanovo to the Bulgarian border, which is being developed as part of Pan-European Corridor VIII from the Adriatic to the Black Sea. 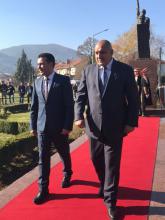 Macedonian government has approved the Friendship and Neighborhood Treaty between Bulgaria and the Republic of Macedonia, which was signed by Prime Ministers Boyko Borisov and Zoran Zaev on 1 August this year,  BGNES reported.

Beta is reporting that they did this "dissatisfied because the police wanted to bring them in for insulting the Macedonian state." 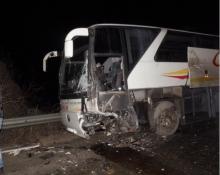 Twenty-six people, among them ten Bulgarian nationals, were injured as a Bulgarian-plated bus crashed in the area of Kriva Palanka, northeastern Macedonia, the Foreign Ministry in Sofia has said.

The transport ministers of Bulgaria, Macedonia, and Albania participated Friday in a conference held in Sofia.

A 35-year-old Bulgarian citizen caused a serious car crash in which the Director of Macedonia's Intelligence Agency, Nake Chulev, was injured.

The incident happened near the Bulgarian border in the region of Kriva Palanka, according to reports of Sega daily.

Chulev's driver suffered the most serious injuries, including leg fractures.