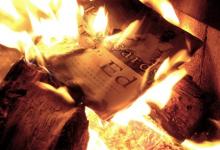 Turkeyâs Constitutional Court has ruled the rights of Abdullah Ãcalan, the leader of the outlawed Kurdistan Workersâ Party (PKK), were violated when his books were seized and their publishing prohibited.

The Interior Ministry has prepared a seven item draft code package on key matters discussed within the scope of the ongoing efforts to find a peaceful solution to the Kurdish issue.

Prime Minister Recep Tayyip ErdoÄan has insisted it should be voted on at Parliament before the body goes to recess June 1 for summer holiday.

Militants from the outlawed Kurdistan Workersâ Party (PKK) allegedly kidnapped seven villagers in a rural area of the southeastern province of ÅÄ±rnak late on June 22.

A prominent lawmaker of the Peopleâs Democracy Partyâs (HDP), SÄ±rrÄ± SÃ¼reyya Ãnder, has said that the jailed leader of the outlawed Kurdistan Workersâ Party (PKK), Abdullah Ãcalan, may be released within a year.

On June 20, that is tomorrow, Kemal KÄ±lÄ±Ã§daroÄlu, the leader of the social democratic main opposition Republican Peopleâs Party (CHP), will be in the pre-dominantly Kurdish-populated city of DiyarbakÄ±r, in Turkeyâs southeast, where he will attend an interesting meeting.

Turkish security forces staged an operation in the Åemdinli district of Hakkari, which included the use of an unmanned aerial vehicle (UAV), after a truck that was carrying milk to AktÃ¼tÃ¼n military base was set alight by militants of the outlawed Kurdistan Workersâ party (PKK) on June 15.

Developments in Turkish foreign and domestic politics have entered a dangerous collision course, less than two months before the first round of presidential elections on Aug. 10.

Turkeyâs two pro-Kurdish parties says they will support the main opposition partyâs candidate in the second round of the presidential elections if this nominee is someone who can provide assurances on democracy, freedom and the Kurdish question Two pro-Kurdish parties have indicated that they would consider supporting the presidential candidate of the main opposition party in the sec

There is no doubt Turkish Prime Minister Recep Tayyip ErdoÄan excels on brinkmanship, both internationally and domestically.

On the international front, he lashes out against the European Union. As he goes to Brussels, everyone expects ErdoÄan to do or say something that will break apart relations. But all of a sudden, he is no longer the angry man.

Last Sunday, a young Kurdish protestor who masked his face entered a Turkish Air Force base in the predominantly Kurdish province of DiyarbakÄ±r. He climbed up the pole, reached out to the Turkish flag, and took it down. The military personnel, somehow, could not stop him.