The Financial Police said on Thursday that they have smashed a racket of fraudsters believed to have swindled 360,000 euros from the Social Security Foundation (IKA) and the OAEE fund for freelancers and the self-employed by issuing forged diagnoses of worksite accidents with the help of doctors. 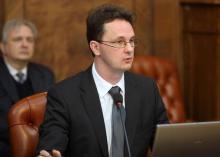 BELGRADE -- Education Minister Srdjan Verbic says Serbia has 10,000 surplus education sector employees, and that it will be impossible to "redistribute" all of them.

The Athens metro will not be running between 11 a.m. and 2 p.m. on Thursday as workers stage what they said is a ?warning? strike.

Unionists are demanding the replacement of the network?s trains, which they say present a danger to staff and passengers.

BELGRADE - Serbia's Commissioner for Protection of Equality Nevena Petrusic has observed that gender, ethnic and other stereotypes and prejudices, and high levels of social distance towards certain ethnic, religious, sexual and other minorities, are still deep-rooted and widespread in Serbia.

BELGRADE - The average monthly sum that a household in Serbia had at its disposal in the fourth quarter of 2014 amounted to RSD 59,174, the money income accounting for 95.7 percent, and in-kind income for 4.3 percent of that sum, Serbia's stats office stated on Monday.

Seven people are facing prison terms of up to 15 years on charges of reckless homicide in an accident which killed three workers during the construction of a viaduct for Istanbul's third bridge on April 5, 2014, according to the indictment.

The accident was "predictable and preventable, and happened as a result of imprudence and carelessness," according to an expert's report.

The general government primary budget surplus posted a remarkable drop in January compared to the same month last year, official figures confirmed on Wednesday, mainly due to the deficits reported by a number of social security funds, which lost more than 620 million eros in just one year.

This is one of the sickest ways to take a selfie. Russian paramedic Tatiana Kulikova used to take pictures with victims who were many times battling for their lives, inside the back of Russian ambulances, commenting negatively and with provocative, rude gestures. 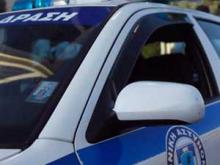 Four people have been detained in Iraklio, Crete, on suspicion of conning elderly residents.

Police were led to the four suspects after complaints from a 74-year-old woman that she had been robbed by two women pretending to represent the Church.

The whole of Chalkida remains shocked with the mother and son’s decision to end their lives on early Wednesday morning, due to financial deadlock.

The tragic suicide incident took place around 8 am on Wednesday morning, where the 63 year old mother and her 27 years of age son, jumped into empty space from their fifth floor balcony.