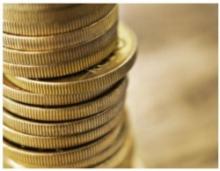 The National Revenue Agency has started inspections of 1,900 employers in Sofia a significant number of whose employees receive the minimum monthly wage.

The three-year budget forecast envisages a gradual increase of the minimum monthly wage to BGN 460 during 2017 as well, stated Finance Minister Vladislav Goranov.

A whopping 72.2% of Greeks are listed as long term unemployed, according to data released by the Greek statistical services (ELSTAT). 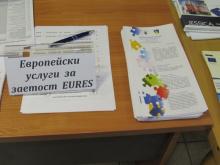 At the end of August, there were 261,525 unemployed registered in labour bureaus. Compared to July, there was a decrease of 6,575 persons. On an annual basis, compared to August 2015, the number of unemployed was significantly lower - a decrease of 45,296.

Prime Minister Boyko Borissov had a meeting with the Special Envoy of the General Secretary of the UN on youth employment Werner Faymann. Ensuring a higher quality of life for young people in Bulgaria, as well as overcoming youth unemployment and guaranteeing quality education are among the main priorities of the Bulgarian government, emphasised Borissov.

The data of the Labor Ministry's Ergani system that monitors hirings, which had shown significant growth in hirings over departures in the local labor market in the year up to end-July, are now showing a reversal in favor of departures in August, Kathimerini understands.

In Slovenia, there is a lot of talk about increasing the amount of foreign direct investments for which we need certain conditions to be fulfilled such as a stable, predictable and competitive business environment. What actions is your ministry taking to improve the competitiveness of our business environment?

Bulgaria's unemployment rate stood at 10 % in February, recording 0.2 % drop compared to the first month of this year and 1 % decrease compared to February 2015.

A total of 329 610 people were registered as unemployed in February, which represented a decrease of 4960 people compared to January 2016 and a drop of 31 566 compared to February 2015, the Employment Agency informs.

In the next several decades the Bulgarian population will age and decrease and by 2050 the number of people in working age will considerably decrease.

This was revealed by Victoria Levin, economist at the World Bank, who presented a study of the financial institution on the labour market in Bulgaria.

Bulgaria's total hourly labour cost index for the third quarter rose by 7.4% on the year, the office of national statistics NSI announced on Friday.

The total hourly labour cost grew by 8.0% in industry, 7.9% in services and 6.5% in construction, the NSI said in a quarterly survey, citing preliminary data.